skip to main | skip to sidebar

Should the USCF Executive Board be made the board of directors?

Perhaps the membership itself should ultimately decide rather than a small group of insiders based upon the recommendations from a Special Task Force on USCF Governance that has been trying to ponder the question since its establishment on February 25, 2010.

Regardless below are some links which should help structure the answer to the question. 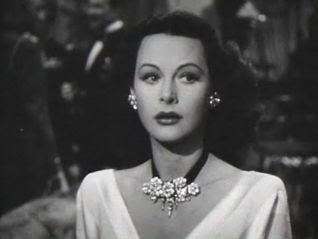 Any girl can be glamorous. All you have to do is stand still and look stupid.

More on Hedy Lamarr.
Posted by Jack Le Moine at 1:00 AM No comments:

More on Dale Carnegie.
Posted by Jack Le Moine at 1:00 AM No comments: 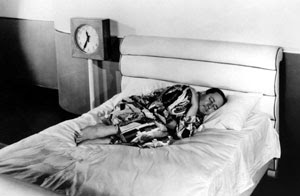 It took me fifteen years to discover I had no talent for writing, but I couldn’t give it up because by that time I was too famous.

Picture: from "How to Sleep". The short film became his best-known work, and earned him an Academy Award.
Posted by Jack Le Moine at 1:00 AM No comments:

All Truong and Polgar wanted was their day in court. It is not their fault that the justice system costs so much money. They were as victimized by the absurd costs to get a verdict as anyone else.

Justice ought to not be just for the rich, nor should it be so costly as to be unobtainable. BL, I wrote a lot of my desire for the truth to come out and you and your's spent much time deriding that. There ought to have been a trial and there ought to have been a verdict. BL, you also wrote much here speculating on how deep SP's pockets were and the impact that would have. How deep or shallow their pockets were should not have been important to obtaining a verdict.

Blaming them for the costliness of trials and verdicts is burdening them with societal problems that are outside of their control.
Posted by Jack Le Moine at 9:32 AM No comments:

Be polite; write diplomatically; even in a declaration of war on observes the rules of politeness.

Jack LeMoine made these comments last year and asked about an update in another thread.


“1) The accounting reports have improved since I saw them a couple of years ago.

2) The main problem accountingwise that the USCF faces is the inability to know how ahead or behind we are during the course of the year. However far behind we are mid-year, management always responds with first, "The second half of the year is always better" and "The auditors always make year-end accruals that could vary the bottom lines by many thousands of dollars".

3) The members badly need to know how much the average rate of increase the second half revenues are over the first half. This gives you an historical, verifiable, and measurable benchmark to project the annual result.

4) I wouldn't depend too much on comparing first half results with prior years. It is like comparing middle-game positions in a game of chess. You may have fewer pieces but still be ahead. There are other factors than just how many and what pieces you have. The same is true for comparing dollars to dollars mid-year. It is the end of the year that counts. Management is correct to point to annual results instead of interim results.

5) The problem of membership accruals at year-end needs to be addressed. I note that Mike Nolan has come out in favor of a database for this.

6) Various audit issues have been discussed at very great length on this forum. Amid all the drek, there's been some legitimate points raised. I have pointed out (see some of my earliest posts) that we have independent auditors and these issues ought to be taken up with them. I favor the Executive Board meeting with the auditors on an annual basis to discuss matters that have come up and to ask questions. Such questions could relate to findings that did not rise to the level of financial statement disclosure but that people would still be interested in knowing. (e.g. the infamous Susan Polgar laptop computer incident. Did the auditors look into this or did they not? If they did, what did they find? Another audit mystery is the documentation of the Crossville land and building valuation. Did the auditors examine them or did they not? How did they verify the valuations used?) Bill Goichberg opposed this; Randy Bauer hasn't taken a position.

7) Sevan Murdian brought up the subject of operational/internal audits about a year and a half ago. He offered his services for free and I had said I would help. Mike Nolan was right to say that these would only work if people did the work in Crossville. At this point, I'm unclear how this would help but perhaps it is worth looking into.

8 )The unpaid post-employment money owed remains a critical issue. I am unsure why the USCF hasn't been sued over this. The money owed ought to be paid ASAP. If cash flow was a problem, then the bequest money ought to have taken care of it (cash flow).

9) The invite to me to summarize the accounting issues was kindly appreciated and this was a quick and dirty response. The proper person who ought to summarize these issues is Randy Bauer, the USCF's Vice-President of Finance. Recently, we exchanged views on this forum on the matter. RB was quite adament that he no longer feels responsibility for discussing USCF Finances because of the lawsuits and because he is just a volunteer. (From his statements, I infer that he won't address USCF finances in any other manner, either, but I could be mistaken. He could still be functioning in some way. - Or not.) I believe he ought to reverse his position on this issue.”

First to address my thoughts on each issue in turn:
1) The accounting reports have improved. There are always ways to get better. Joe Nanna took some input from the Finance Committee and the internal reports are much easier to read. The most important use for the internal statements is to be useful for management. The way one refines internal statements is to ask the users. This needs to be done regularly. That is one of the first things I will do. It may be that the internal users are satisfied with the information, and little or no changes are needed. The cash flow statement is a critical piece of information that many users do not fully appreciate.
2) And
3) are related. Budgets or plans that take an annual total and divide it by 12 to get a monthly amount are only useful for those items that are actually the same each month. Our management budgets are more helpful when we project costs as expected for each month. Our reliance on good performance from tournaments that are at the end of our fiscal year is a problem. But all of those events have budgets and we can incorporate those budgets as well. In my work with non-profits I have found it insufficient to only plan on a net amount from an event. The problem with a net approach is that one can lose track of costs as long as a certain net is reached. No non-profit can really afford to do that. Costs can reasonably grow for an event if the event attendance grows – it has to do that. But that has to be planned. In my experience the USCF national events staff does a pretty good job of watching costs – but I know there have been issues raised particularly about the last SuperNationals. The EB and the Finance Committee need the details to know that matters are being managed properly. Having said that I do not believe every cost detail needs to be posted on the website.
4) Comparing months and YTD results to the same periods from prior years has value, but only comparing then to the immediately prior year is less useful than comparing them to a series of prior periods. Further the results will and should differ. One has to understand why there are differences.
5) I do not disagree that this continues to need improvement. I also do not think this total needs to be adjusted each month. The cost to track and adjust these totals seem to me to outweigh the benefit to the information. It is more important to continue to move the multi-year membership money into the LMA as we have been doing. We also need to make sure we do a cash flow budget in addition to the income and expense budget. One reason is to remove the non-cash revenue recognition from old multi-year memberships. Another is to plan for the actual cash impact of multi-year memberships. We have to keep identifying and segregating the multi-year membership cash flows so that we do not spend all of the cash when received as has happened in the past.
6) The Audit committee needs to take a larger role in dealing with the a, auditors. The audit committee is delegate appointed and so is the direct link between the directors and the auditors. I am not sure how clear that is to everyone. It will be a lot clearer this year.
7) Internal audits generally focus on compliance with internal controls. The USCF office staff is so small that separation of duties will always be a challenge to implement. IT is a good idea to review such. The external auditors are now required to develop a much deeper understanding of the control structure than they used to be required to do. Those understandings and their recommendations need to be understood and considered. The good news is that this is what I do for a living.
I’m not sure that I understand exactly what others have considered as “operational audits” to be able to comment on that. But as I have stated elsewhere, we need a multiyear plan for technology investment/development. At our accounting firm I use a rolling three year plan to consider where we need to be and what I need to be spending or learning about now so that we can be ready as we go forward.
8 ) This has been resolved.
9) This is a personal issue of which I am not a part.
Posted by Jack Le Moine at 8:34 AM No comments: